Dropbox provides a public folder that makes it useful for hosting Soundslides projects. If you have the Dropbox syncing software installed on your personal computer, then placing the Soundslides project is as easy as simply drag and drop. Kelly Fincham has put together a nice tutorial that will walk you through the steps. However, if you don’t have access to the Dropbox software, you can still accomplish this using Dropbox’s web interface. If you’re like me, you often find yourself working on public computers that don’t allow you to install the software. Follow the steps below to upload your Soundslides content and embed it on WordPress.

2.  Once in the folder, you are going to create several folders inside. For the first step, create a folder with your last name by clicking on the icon shown in Figure 2. You’ll see that I’ve created a folder called “Horning.” Inside this folder is where I will upload my Soundslides files. If you were putting several Soundslides projects in your drop box account, it would be a good idea to store them inside separate folders with different names.

3. Once you’ve created the folder with your last name. Click on that folder so you are inside it. In here, you are going to create a second folder (Figures 3). It is VERY important that all of these folders are named EXACTLY as listed. That means they should be written using lowercase and use underscores. For this folder, name it “publish_to_web” (without the quotes).

4. Now that you’ve created the folder named “publish_to_web,” click on that folder, and inside create three more folders. The folders will be named: 400_300, 600_650, and fullscreen (See Figure 4). These folders represent the folder structure that Soundslides creates when you export your files. For this next step we will go to the files that you exported in Soundslides. 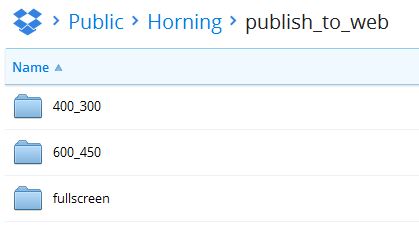 5. In Soundslides, when you export your Soundslides project, it generates a folder called “publish_to_web.” You’ll want to locate this folder, and upload each of the files you see in Figure 5 to the right location in Dropbox. Note that inside each of the folders- “400_300,” “600_450,” and “fullscreen,” there are several files. You’ll need to upload all of these files to the right folder in Dropbox. 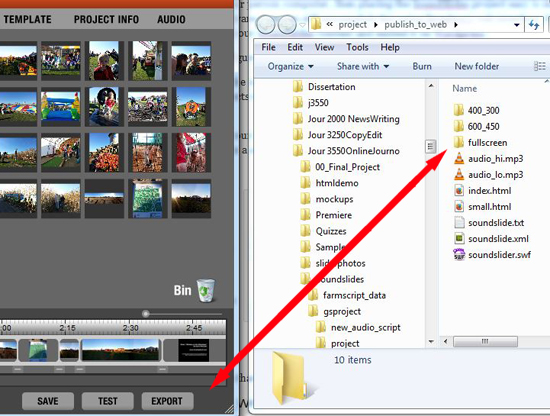 6. In Figure 6, you’ll see that I’ve uploaded all of the files that I generated from the Soundslides export to Dropbox. 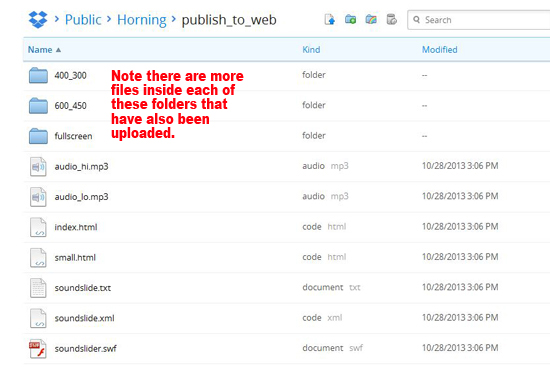 7. Now right click on the index.html file (Figure 7) that you’ve uploaded and copy the public the link that appears. 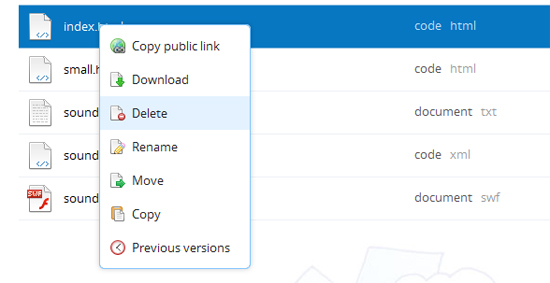 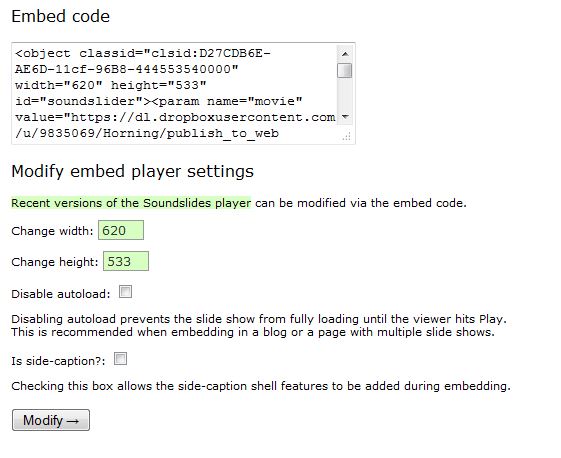